Answer to all your Queries

What is the minimum age and identification requirement to take Red Hat Exam?

You must be 16 or older to take a Red Hat exam.

Any government-issued photo identification is required while attending a Red Hat Certification Exam. Photo IDs such as Passport, Driving License, Voter’s ID, Aadhar Card and PAN Card are some of the ID proofs accepted. Original ID proofs are required to be presented. Photocopies are not acceptable.

What is Red Hat Remote Exam?

When you’re ready to prove your skills on Red Hat® technologies, you can now take our performance-based tests from your home. Using a unique live environment that is observed by a remote proctor, our remote exams allow you to validate your knowledge in the most convenient setting for you.

What is a KOALA Red Hat Exam?

You must be aware that Red Hat exams are performance based where both the knowledge and practical skills of a candidate is tested.

KOALA – Kiosk on a Laptop exams are individual exams which are remotely monitored by Red Hat. For a candidate who is taking the KOALA exam, it is no different from taking a normal class-room based exam.

Only that the candidate takes the exam individually which is self-scheduled for his/her convenient time and location anywhere across the globe.

How do I upgrade my existing RHCE to RHEL8

With the release of RHEL8 the RHCSA and RHCE training & certification content has been revised to keep in pace with the technology changes and updates.

The RH254 (RHEL7) has now been replaced with RH294 – Red Hat Enterprise Automation with Ansible.

If your certification on RHEL7 is still current, you need to just pass EX294 to upgrade to RHCE in RHEL8.

If your certification is not current, then you need to pass EX200 (RHCSA on RHEL8) and also pass EX294 exam to upgrade to RHCE on RHEL8

How to check the validity of a Red Hat Certificate?

Use the 9 digit Red Hat Certification number to verify.

What are the different Linux Certifications one can attain?

RHCE is for advanced system administrators who have quite a bit of experience to draw upon. To earn the RHCE certification you must pass a full day hands-on lab exam consisting of three elements: a written test, a server install and network services configuration lab, and a diagnostics and troubleshooting lab. The test is administered at a Red Hat facility. This is the most well-known advanced Linux certification currently available.

RHCA is the designation Red Hat calls its “capstone” certification, and it includes planning and designing and managing an open source infrastructure in large and complex environments. The RHCA certification can be earned by an RHCE after completing any five Certifications of Expertise (CoE)

CompTIA, which administers the Linux+ certification, is well-known for its slate of vendor-neutral foundation-level certifications. Linux+ is a basic, entry-level certification for Linux system administrators. Although initially created for technicians with six-months of experience installing, operating and maintaining Linux operating systems, the latest version of this certification suggests that 2 years or more experience is more appropriate. To achieve Linux+ certification, candidates must pass two exams consisting of 60 questions each. The exams cover system architecture; Linux installation and package management; GNU and Unix commands; devices; Linux filesystems; and the Filesystem Hierarchy Standard. This certification is not linked to any specific distribution of Linux.

In 2010, when an updated version of this certification was released that changed the number of required exams from one to two, the name was also changed to Linux+, Powered by LPI. LPI is the acronym for the Linux Professional Institute, which also offers a Linux certification program that is described below. CompTIA recommends Linux+ as a stepping stone to vendor-specific Linux certifications such as Oracle Certified Associate and Novell Linux certifications. It is also a good certification to use as a learning map if you are new to Linux and need to identify the skills that you need to grasp to be an effective Linux system administrator.

LPI is a non-profit organization that advocates and assists in the professional use of Linux, open source, and free software. The vendor-neutral LPIC program is three tiered, with each tier requiring passage of two exams. Level 1 (LPIC1) is for junior level administrators. Individuals must achieve level 1 (LPIC1) certification before attempting level 2 (LPIC2), the intermediate level designation. The top level is level 3 (LPIC3).

What is the difference between an RHCSA and an RHCE?

Red Hat Certified Engineer (RHCE) is intended as a senior system administration certification. In order to earn RHCE under RHEL8, one must earn RHCSA and pass a separate RHCE exam on the same RHEL version.

When do I get my certificate upon passing an exam?

You will be issued an electronic certificate (PDF) that will be attached to your results email. Usually, the results are published before five working days on completion of the exam.

When do I receive my official results after taking an exam?

Exam results are emailed to candidates within five US business days. It is important to provide a valid email address to Red Hat for this purpose.

Sometimes mail servers mistakenly treat results emails as spam and filter them, which can cause delays. Please check the spam folder before contacting us.

Candidates who do not receive their results within five US business days should contact Red Hat Certification at www.redhat.com/training/certification/comments.html

What is the purpose of the Red Hat’s certification programs?

What is meant by “performance-based” testing? 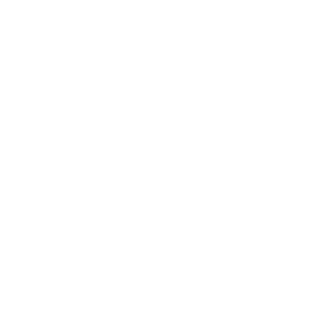 We’re Waiting To Help You

Get in touch with us today and let’s start transforming your career from the ground up.